NOW PLAYING
WORK IN
PROGRESS
WHO THE F***
ARE THEY 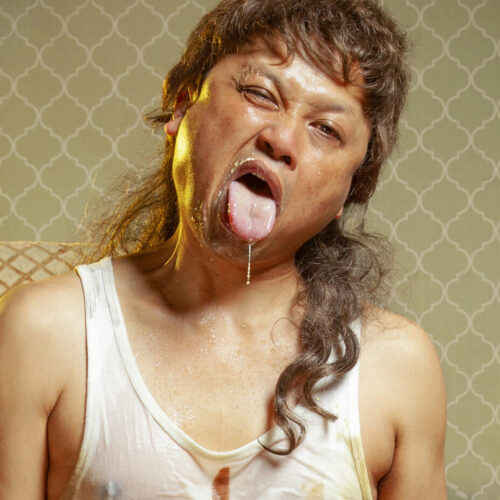 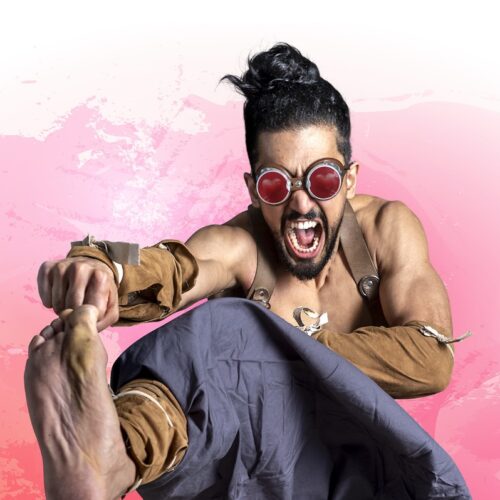 Five dancers create an energetic, absurdist, violence glorifying dance performance. This performance is a fight choreography in which the dancers look for each others limitations and boundaries, that results is a fighting frenzy. By YoungGangsters & DOX. 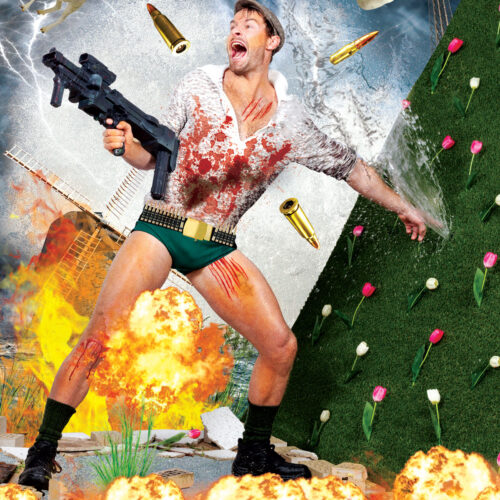 Welcome to DisasterLicious, a brand-new theatershow about the one and only true Dutch hero Hansje Brinker. Feel the splashing water, hear the dikes cracking and join the adventure! Let’s hope this little boy will save us once again with his famous little finger. 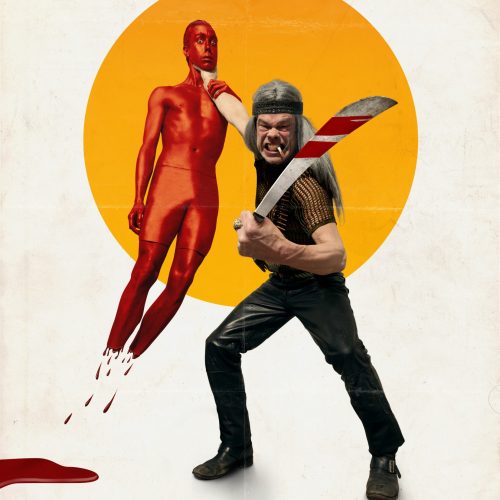 Old Gangsters Never Die is Mad Max meets Sylvester Stallone in a ruthless action theatre piece! YoungGangsters this time will fight old age. Two action heroes of age feel the deadline of their lifes. They want to go out with a BANG. But … more > 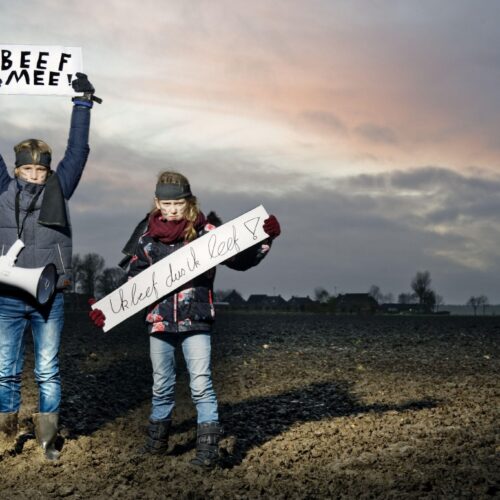 YoungGangsters, De Noorderlingen and PeerGrouP played this tempestuous Family Theatre Production Beef mee! (Let’s Shake!) A heartwarming performance for the young and old about what to do when the ground moves underneath your feet. 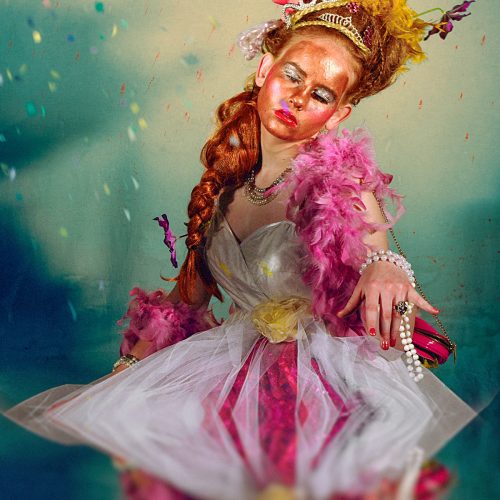 Get ready for Prom Night! It’ll be one of the most legendary moments in your life! This night will turn girls into women and boys into men. Let’s escape from reality. 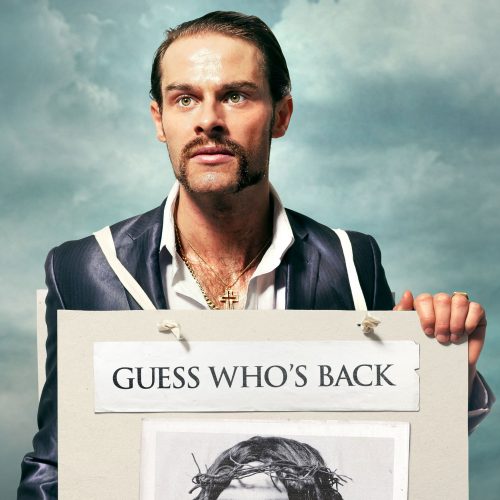 Stand up for what you believe in! YoungGangsters welcome you with ardent sermons, stirring beats and swinging gospel of Susies Haarlok to Guess Who’s Back, their anarchist open-air service in the Deep South of the United States. The YoungGangsters explore the beauty of … more > 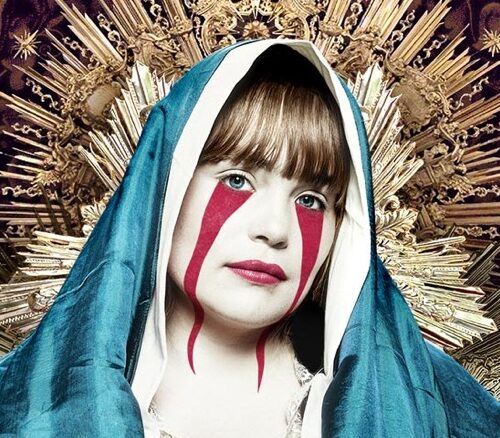 JESUS IS MY HOMEBOY

YoungGangsters bring you the story of the rise, the fall, and rise again of one man who happened to be the son of God. A sneak peak into the life of one of the most legendary men ever to set foot on this … more > 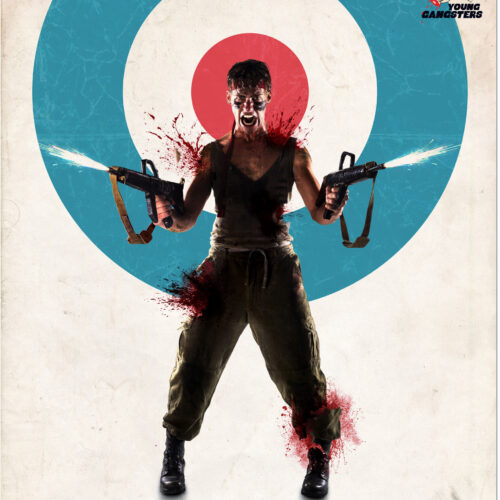 I love the fucking war. And the war loves fucking me.

Glistening torso, red headband, that defying look in his eyes: Rambo symbolizes the ultimate war hero. With a blade drawn and a machinegun at the ready, he fights injustice.

Inspired by the … more > 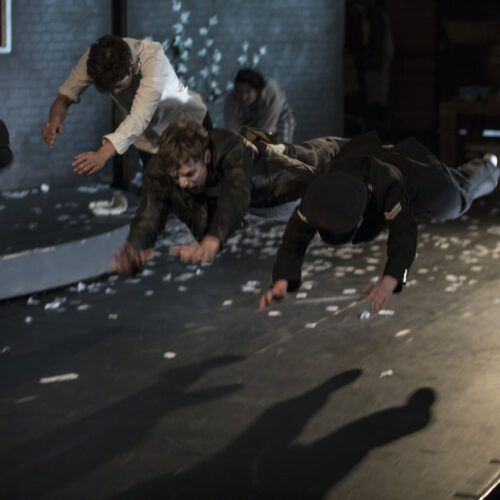 It’s a well-known scene: A whistling man is walking along the street; he unknowingly steps on a banana-peel, slips, and falls –KABANG- hard unto the ground. Bystanders can’t stop laughing.

Why do we find it funny when things go wrong? And why is … more > 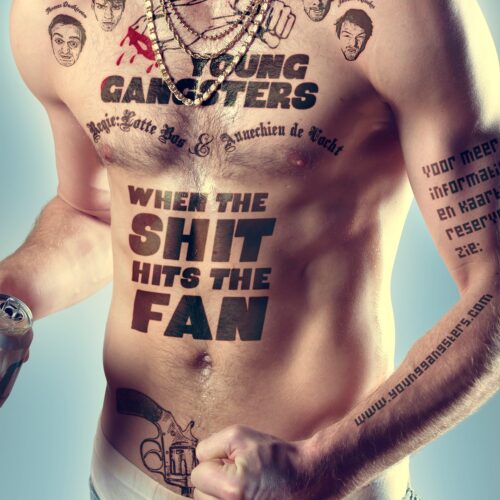 WHEN THE SHIT HITS THE FAN

The American Dream; everybody can become somebody… if you stay of the right side of the law. The sky is the limit. Hank lives with his mom and his brothers in a trailer park called Sunny Side Up, deep into the heart of … more > 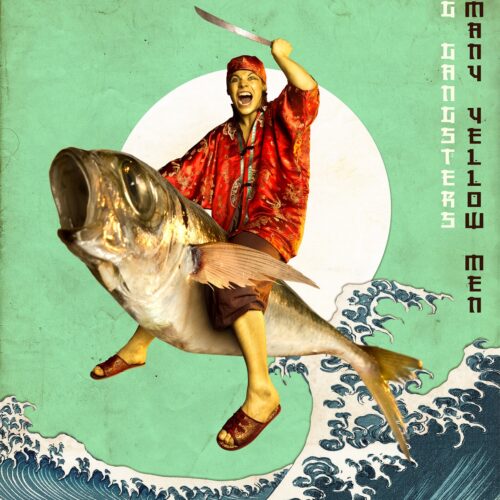 TOO MANY YELLOW MEN

YoungGansters created this kung-Fu fighting spectacle for the Festival 5D and the NS Try Out Festival. Too Many Yellow Men is an explosive and comedic performance. There is this small bar in Tokyo, where successful businessmen go to blow off steam, after a … more > 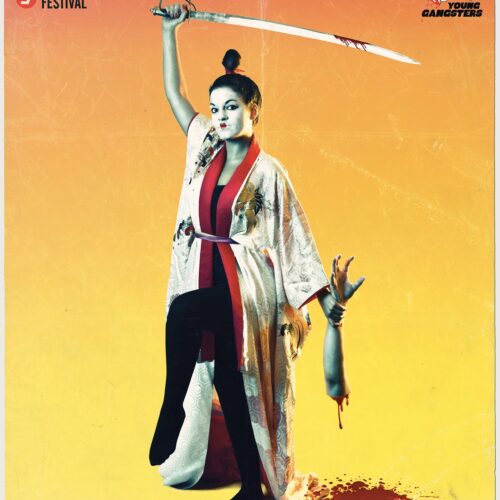 A romance between a geisha and a samurai drives a jealous emperor and his servant to despair and a thirst for blood.
Extreme characters that fight each other for pointless reasons, to finally come together to sing an atoning song about world peace.